None of the D-words: debunked, disproven, discredited, dangerous.

And definitely not the F-word: fraud.

Fox & Friends’ Steve Doocy (shoot him a tweet of thanks) introduced VAXXED by… actually stating the premise of the movie!  He looked straight into the camera said, “VAXXED claims that the CDC manipulated and hid data that proves that there is a link between vaccines and autism.”

Then he turned to Wakefield and said, “You are talking about the corruption behind the scenes at the CDC.”

The word “anti-vaccine” was nowhere to be found, what?

He then introduced Polly Tommey and spoke the truth of tens of thousands of parents of vaccine-injured children:

You were, once upon a time, pro-vaccine. 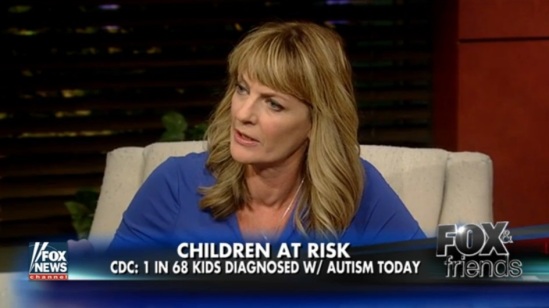 Polly, you were a force, sister. Beams of pride were streaming from my eyes, lighting up the room before the sun had risen. “Everyday that the media says that vaccines do not cause autism, that injection is going into children and damaging more and more babies.”

Your anger was palpable, and it should be.  Parents need to hear you.  You need to scare the shit out of them so that they educate themselves, ask questions, and demand better from their Congressmen and the public health policies that their taxes pay for.

This is it, friends.  The tipping point is happening.  I wrote about how Robert De Niro’s deselection of VAXXED under duress and, in the words of one of my readers, the beautiful PR disaster that followed, was the critical mass necessary to set off a nuclear chain reaction in the media. They had no choice but to cover this story nonstop.

But this!  This is different.  Fox News jumping in as the first mainstream outlet promoting the story of the dark side of the CDC– and validating autism parents everywhere– is the first step to achieving the tipping point we’ve all been waiting for.

There are organizations that attempt to change laws through drafting legislation or getting voter initiatives onto ballots, but more often than not, they fail.  Why?  Because our government and elected leaders are in bed with Monsanto, Pfizer, Merck and all of their incestuous siblings, and they will outmatch every dollar we raise for our cause 10,000-to-1.

But there’s another way to achieve change, and that’s grassroots consumer education to reject the product we can’t seem to legislate.  The success of consumer education and tipping points has resulted in growth hormone being pulled from milk and non-GMO labels going onto prepackaged food.

And we’re going to reach that tipping point with vaccines. The consumers of vaccines are about to wake from a deep, trusting slumber.  Bob Wright, founder of Autism Speaks, is on a mission.  Robert De Niro is a man on fire.  Andrew Wakefield is the unshakable robocop of vaccine whistleblowing and Fox News decided today to act like actual journalists and report what pharmaceutical companies don’t want reported.

But more is coming.  Perhaps you noticed the hint from the CDC’s Dr. Bill Thompson that was released in the Ben Swann coverage in January:  we are finally going to have a conversation about the synergy between multiple vaccines in the childhood schedule.

In the CDC’s MMR study they intentionally avoided analyzing data about children’s early exposure to thimerosal-containing vaccines (TCVs) but Dr. Thompson knows better.  He knows that those old Hep B and DTaP vaccines were loading the gun for vaccine damage, and that the MMR was pulling the trigger. He knows, today, that vaccinating a pregnant mother with a mercury-containing flu vaccine is absolute insanity.  “A pregnant woman is the last person I would give mercury to,” he said.

I want the practice of vaccinating pregnant women to come to an end.  I want the first-day-of-life vaccinating of newborns for a sexually transmitted disease to finally be seen as the bizarre approach to public health that it is.  I want honesty about how unnecessary the flu vaccine is because the vast majority people who “die from the flu” are the elderly who died of pneumonia, not the flu, and a horrifying portion of the remainder are children who were recently vaccinated for the flu. I want parents of college students to know that the risk of their child being injured by the meningitis vaccine outnumbers the risk of them contracting meningitis 4,000 to 1. I want open conversations about how the DTaP and Tdap are total failures that don’t have the ability to protect another person from infection.  I want parents to know, before vaccinating for polio, that the polio vaccine does not stop the transmission of polio.